All stool has some mucus in it, but it is not visible to the naked eye. However, when there is a problem in the digestive system, you tend to see stringy mucus in poop when visiting your doctor.

Mucus is a jelly-like, thick substance that the body uses to lubricate and protect the body’s delicate organs and tissues. It also protects against fungi, bacteria, and viruses in the body and protects against irritants, harmful fluids, and stomach acid. Stools have mucus in them, but that mucus is clear and is hard to notice. However, if you have started to notice stringy mucus in your poop, it could be an underlying health problem or a symptom of a digestive issue.

You could have the following problems if you have noticed an increase in stringy mucus in your poop:

If you have any concerns about stringy mucus in your poop, don’t hesitate to visit your doctor.

When is stringy mucus in poop not normal?

If you notice a large amount of mucus in your stool, it isn’t a good sign and could be a symptom of an underlying digestive problem. Excessive amounts of mucus in the stool are a sign of bigger problems with symptoms that could include:

You should know that mucus is normally a part of healthy stool, but too much mucus that is stringy in nature is a clear sign of a condition or disease that requires treatment.

When should you talk to the doctor?

If you are worried about stringy mucus in your poop, you should visit a doctor straight away because it could lead to other digestive symptoms like vomiting, constipation, abdominal pain, diarrhea, and blood in the stool. You should note down the time of day it occurred and an estimate of the mucus present in the stool. Disclose all this information to your doctor to help them accurately diagnose what caused the increase in stringy mucus in your poop.

Diagnosing whether stringy mucus in your stool is a new symptom that requires a comprehensive study of the patient’s medical history. The doctor may ask about the type of bowel movements you experienced in the past and how they have changed currently. You may also be asked to take different types of tests, depending on the suspected cause of the mucus.

Tests that could be ordered by your doctor could include blood tests and stool culture, along with imaging studies such as x-rays, MRI scans, or a CT scan. In rare cases, the doctor may also consider an endoscopy procedure to learn about the mucus’s cause.

The treatment options for stringy mucus in poop will depend on what caused the problem. There could be several reasons for an increase in mucus, like inflammation in your gut that may require surgery. Excess mucus in the poop could also be caused by irritable bowel syndrome. If that is the case, you will require extensive treatment to resolve this problem. You should know that passing stringy mucus in poop isn’t something to be alarmed about. However, to stay on the safe side, you should visit your doctor. 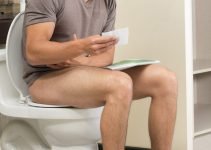 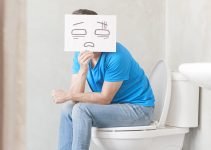 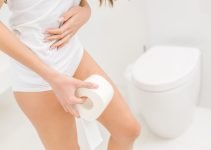