The process of digestion depends on many different variables and can lead to many different outcomes. One of these outcomes could be hard poop. Most people experience hard stools from time to time. It might be because you are suffering from constipation. Does your poop look like marbles or rabbit poop? Hard poop is very common when you are constipated.

Constipation isn’t the only reason your poop is hard. You can have hard poop without being constipated at all. When your poop is hard, you may have an average number of movements, but that the poop could be hard to push out and sometimes even painful. If you have had the problem for several months, it might be a sign of a more serious digestive problem.

Some of the simple causes of hard poop are:

Some signals that you might have hard poop are:

A lot of people suffer from hard poop, and if you have had this problem for some time, it is best to visit a doctor and get checked up for a digestive issue.

Many times, hard poop is a consequence of a digestive problem and is not caused because of constipation. When you are constipated, you will not be producing poop in the large intestines and may have less than three bowel movements a week. However, with hard poop, you may have a bowel movement every day, but the only problem will be that the poop will be too hard and painful or difficult to pass.

You may have hard poop due to various conditions, which include the following:

One of the main reasons why you have a hard poop is because of not drinking enough water, which will result in dehydration. You must fill up your body with fluids because the digestive process of the body requires it. When food passes through the large intestines, and your body doesn’t have enough water, then the large intestines will extract all the water from the waste, before turning it into poop. Once all the water is drained from the poop, it will become hard and dried, which makes it extremely difficult to pass with comfort out of the colon.

If you’re not eating a balanced diet, you may experience digestive issues. This also has an impact on the formation of your poop as well. Your body needs a fiber-rich diet for normal digestive processes, but most people don’t eat enough fiber. This results in hard and dry poop, and constipation, because people consume large quantities of unhealthy food. The intestines turn fiber into a liquid, which makes it easier to flush out the waste out from the large intestine and into the colon.

Things you can do to avoid hard poop 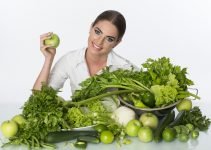 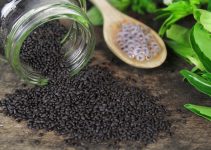